Breakfast With Santa – What a Day ~ What a Difference! 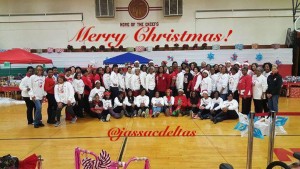 Over 530 Joliet area children and their parents lined the streets waiting for a chance to meet Santa and choose a toy from his Toy Room.  The Joliet Area/South Suburban Alumnae Chapter (JASSAC) of Delta Sigma Theta Sorority, Inc., in conjunction with Jassac Charitable Foundation, Inc. held its 26th annual Breakfast with Santa Event on Saturday, December 5th at Washington Jr. High School.  Families were lined up for over an hour anxiously waiting for the doors to open.  Upon entering, the children were treated to a warm breakfast, had the option to choose a new coat, a hat and gloves set, and a new handmade scarf.  In addition to receiving a toy, every child was entered into a raffle for a chance to win a brand-new bike!  The Joliet Park District was on-site providing residents with information on various community programs, along with the Joliet Public Library signing up residents with new library cards.  The JASSAC Social Action Committee was also on-hand to register new voters

Joliet Mayor Bob O’Dekirk arrived early and received a tour of Santa’s Toy Room.  “The support and anticipation from the Joliet community was overwhelming from the beginning,” says JASSAC Chapter President, Kimberly Rowe-Barney.  “To be able to provide a memorable event for the citizens was not only rewarding for the children, but to our chapter as well.”

Within three hours, many lives were made just a little brighter:

100 children chose a new coat and hat and glove sets

Set-up for this extraordinary event began Friday, Dec 3rd.  JASSAC chapter members, along with the assistance of some hard working men of the Joliet fire and police departments, and fraternity members, worked well into the night assembling bikes, decorating trees, hanging snowflakes and preparing the toy tables in anticipation of the arrival of young boys and girls waiting to see Santa!!  The coat room and kitchen were hustling and bustling as volunteers hung coats and prepped the tables for breakfast.  Through the hard work and dedication of the chapter members and volunteers, this signature event was surely going to be a rewarding success! 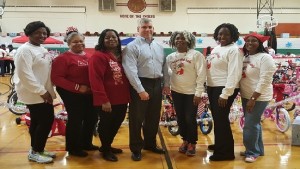 Joliet Mayor O’Dekirk for his support of this event

Breakfast with Santa in the News 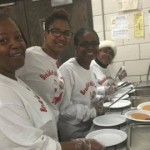 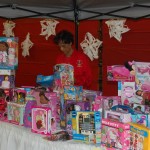 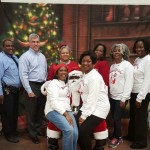 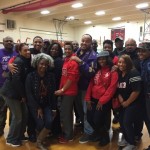 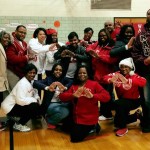 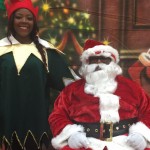